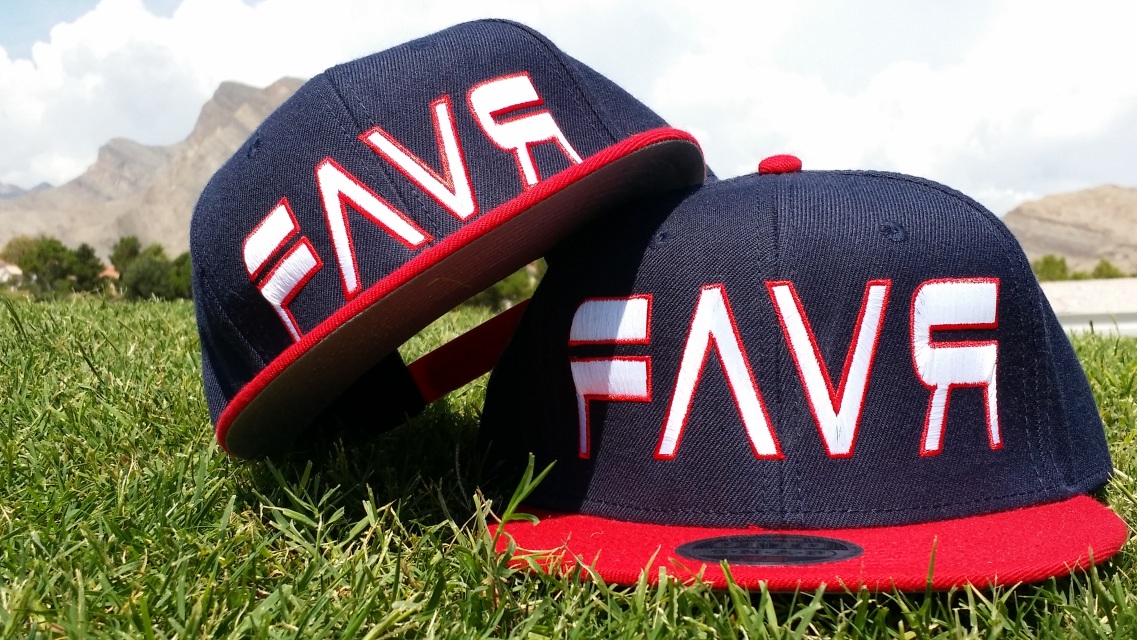 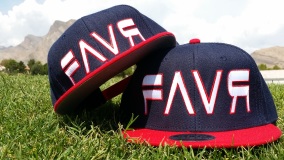 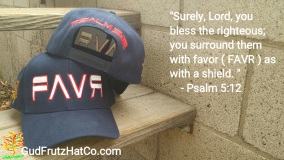 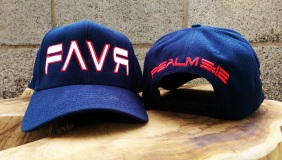 Our FAVR (Favor) hat was born from a conversation with my 6 year old son who asks why superheros never die. He had just seen Marvel's Captain America movie and was in hero mode. I tried to take the easy way out by saying that was just the way the stories were written, but that didn't satisfy what he was looking for. I showed him the Psalm 5:12 in the Bible that says, "Surely, LORD, you bless the righteous; you surround them with your favor as with a shield." To which my son smiled and replied, "Oh, you mean like Captain America's shield...I got it dad!" In a way, he did get it. So I made him this hat in Captain America colors. God will and does protect those who are about His business...so fight on soldiers of the Lord!