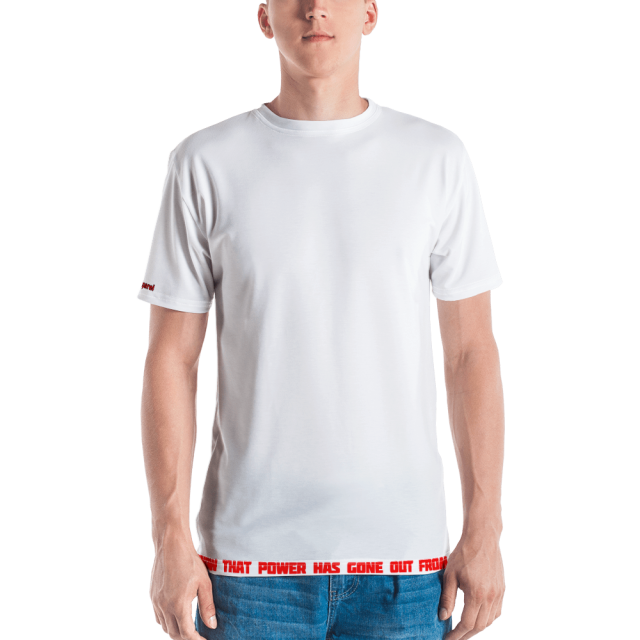 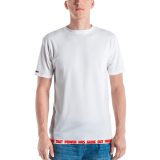 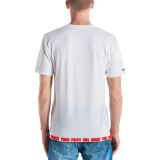 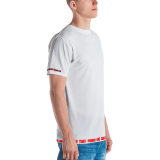 Luke 8 describes an instance where Jesus was walking through a crowd. As He walked, he stopped and said, ""Someone touched me; I know that power has gone out from me." The disciples, stating the obvious, tells Jesus that many people are touching you. Jesus knew that someone drew power from Him. The woman in the crowd that had been living many years with an incurable issue that affected her blood had faith that if she only touched the hem of Jesus' robe...she could be healed. Jesus looks that the woman and tells her that her faith has healed her. The Bible states very clearly that even greater works will those who believe be able to achieve through faith...this shirt - with those same powerful words on its hem - reminds us of this.